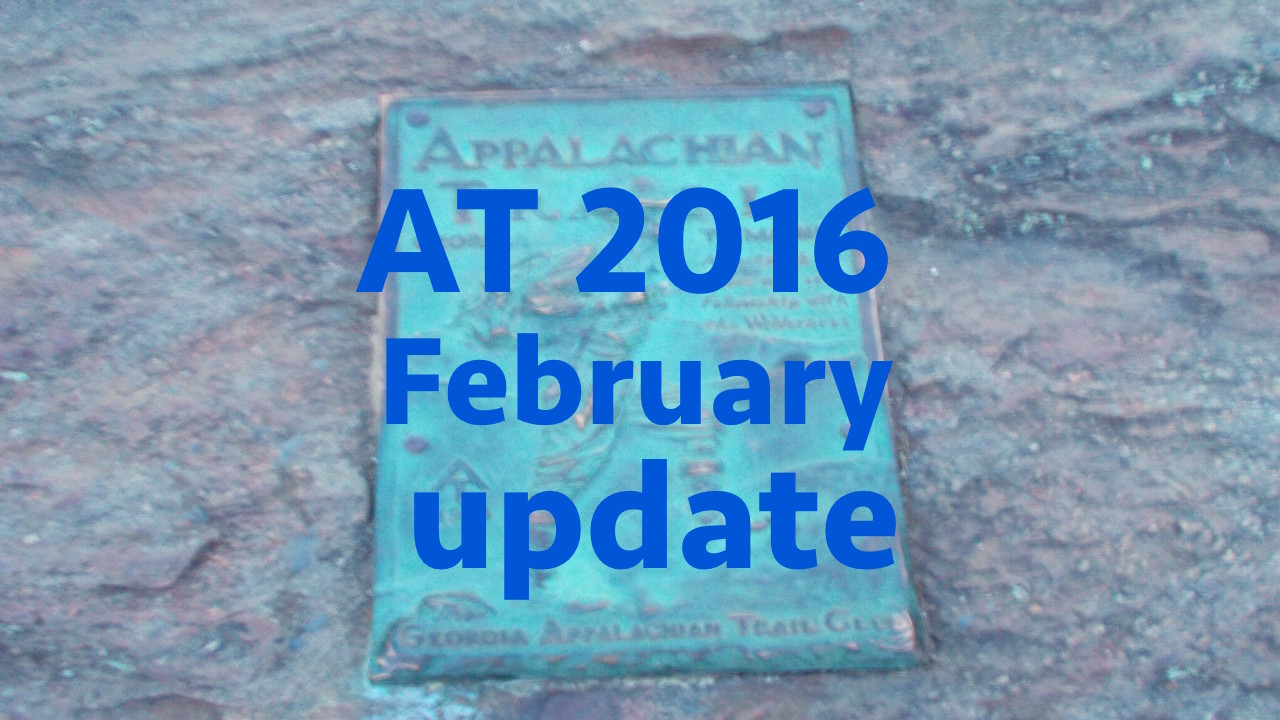 Currently on the Trail

New2theWild –  This is his 4th attempt at the AT so drop him a line of support on his channel.  Trail location: Left the trail at Neels Gap and is hanging out at Top of Georgia Hostel.

Jeb 11BWanderer – Posted a gear video and a week later a video from the 4th day on the trail.  He has since posted videos from days 9, 10 and 11.  Trail location:  Last posted from Cheoah Bald.

Rooster AT Hike – Posted his first video from days 1-3 on the trail.  Trail location: Just past Hawk Mountain Shelter heading for a hostel.

New Channels in this Update

Zac Abernathy – Starting mid/late February.  He has a gear video and pre-hike video up.

Eric Lutz – Starting late February.  He has posted a couple training hikes to his channel.

Josh Smith– Starting late February.  He has a pre-hike video, gear video and food video up.

Leland Kolson – Starting early March.  A gear video is up.

Littlefoot On the trail – He did not mention a start date in his gear video.

Kala Jennings – She put up a gear video.  No start date mentioned.

Fred Beck – Just announced his third attempt to thru hike the AT.  He will be hiking with his wife.  Sounds like they will be starting soon.

Turtle in the Woods – Started the beginning of February.  Left the trail due to a knee injury per a New2theWild video.

Casey Cazeaux – NOBO starting the end of February.  Gear videos are up.

Steven Lesage – Starting early March.  Videos are up about additional publicity for Carry the Fallen and food on the trail.

Highlander58 – Starting in March.  Additional pre-hike videos and a gear video are up.

Cindy Jane – Sounds like she will be starting in March.

Michael Scibelli – NOBO starting early March.  Videos posted from a winter hike and getting comfortable with his phone/camera.

FutureAThiker 72 –  Posted some music he will be listening to on his hike.

Special thank you to Loner2012AT for supplying the thumbnail image for the YouTube video.  If you want to see how to vlog your AT hike, check out his channel.